The 72 metre Feadship superyacht Utopia has set off for the Mediterranean after completing a 10 week refit at her home yard. 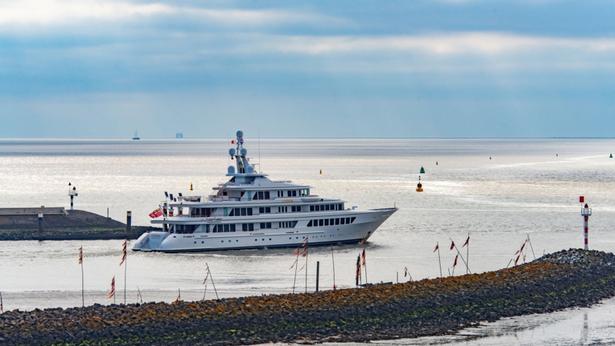 The project finished ahead of schedule, allowing the owners to return to Utopia in time for the summer season.Refit work included the repainting of the yacht's cabin walls, mast and foredeck while the underwater ship was blasted and a new AF system applied.
The yacht, which was launched in 2004, also underwent a number of technical enhancements and refurbishments along with changes related with the 15-year-survey by Lloyd's.
Technical systems were upgraded in the engine room so that Utopia can spend longer periods cruising.This is the third Feadship refit that she has undergone, following previous upgrades in 2009 and 2013.
Feadship previously said that the work is being done to consolidate her position as one of the most successful yachts on the charter market, where she is managed by Edmiston.De Voogt Naval Architects created Utopia’s timeless exterior lines, while the interior was styled by British studio RWD.
Accommodation is for up to 12 guests split across six cabins, including a master suite, two doubles and three twins. Meanwhile, the extensive crew quarters allow for a staff of up to 17 people.
Star features include a sprawling superyacht sundeck, complete with Jacuzzi, and a fully-stocked tender garage, boasting auxiliary vessels from the likes of Chris-Craft and Ribtec. Her toy store is equally impressive, with a ten-metre water slide, water trampoline, waterskis and a wide selection of inflatables.
Power comes from a pair of Caterpillar 3516B-DITA engines for a top speed of 16 knots. Total fuel capacity is 157,000 litres.