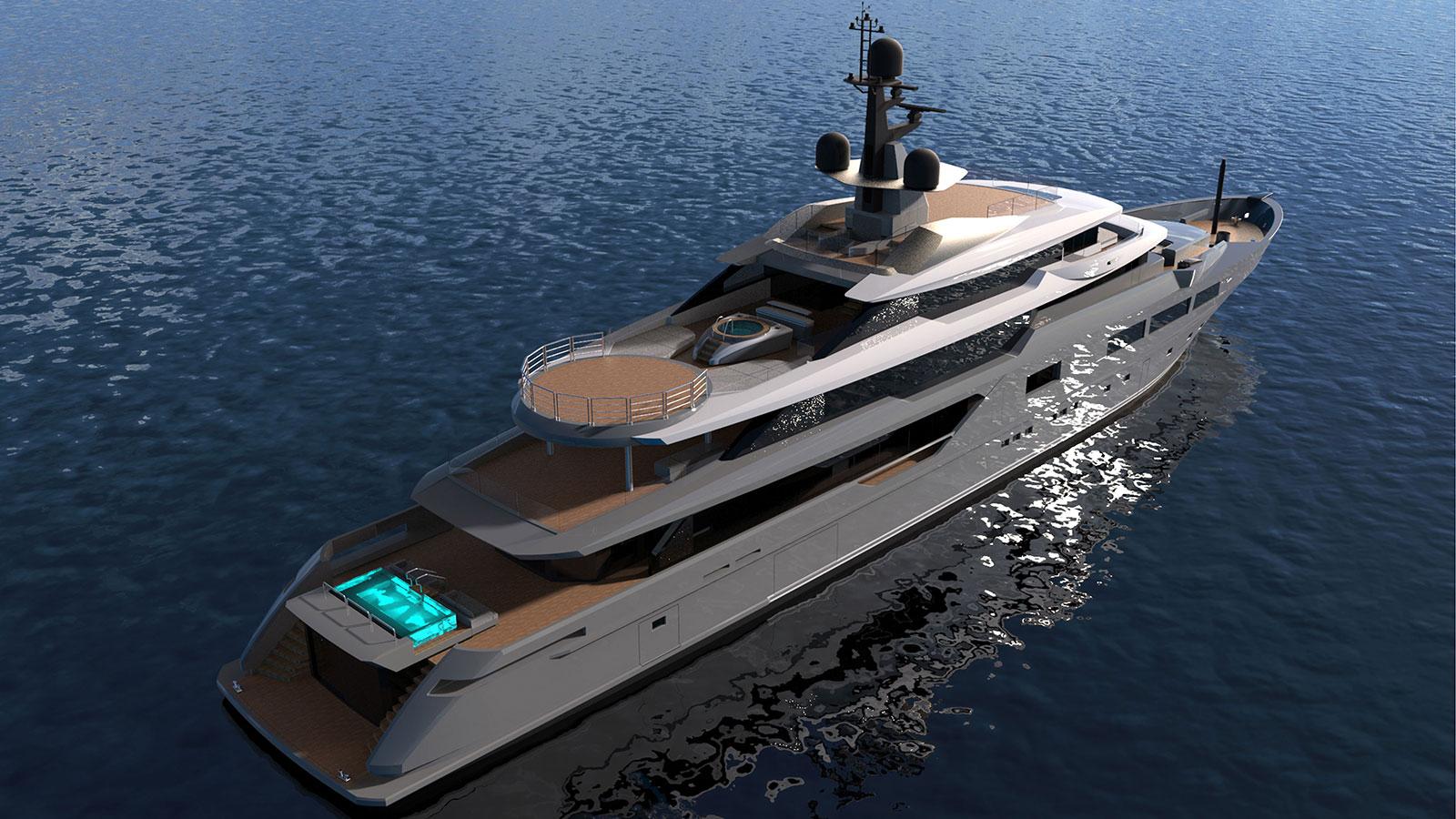 Her debut will be at Monaco Yacht Show this September.
Solo is styled inside and out by Francesco Paszkowski and with naval architecture by Studio Ruggiero.
The S701 follows on from the 69 metre Suerte, launched in 2015, and while the lines are reminiscent, Tankoa describes S701 as a "different animal".
Key differences from Suerte include an underwater exhaust, which has allowed the Tankoa Yachts team to create a more open main deck and sundeck. The transom area has been modified with a side staircase instead of the central staircase on Suerte, and the hull has been fitted with longer skegs. These changes should result in a longer waterline and a higher top speed of around 17.5 knots
Accommodation on board S701 is for 12 guests split across six cabins, including an owner's deck, a VIP suite and four doubles, two of which are convertible into twins.
Key features include a main deck winter garden, a six-metre aft-deck swimming pool, and a large superyacht beach club, complete with hammam.
Tender storage is split between the foredeck and a side-loading garage, providing room for two 7.5 metre tenders, a rescue boat and a Jet Ski.