The new superyacht in the Horizon Yachts E98 has been launched and named Do It Now. 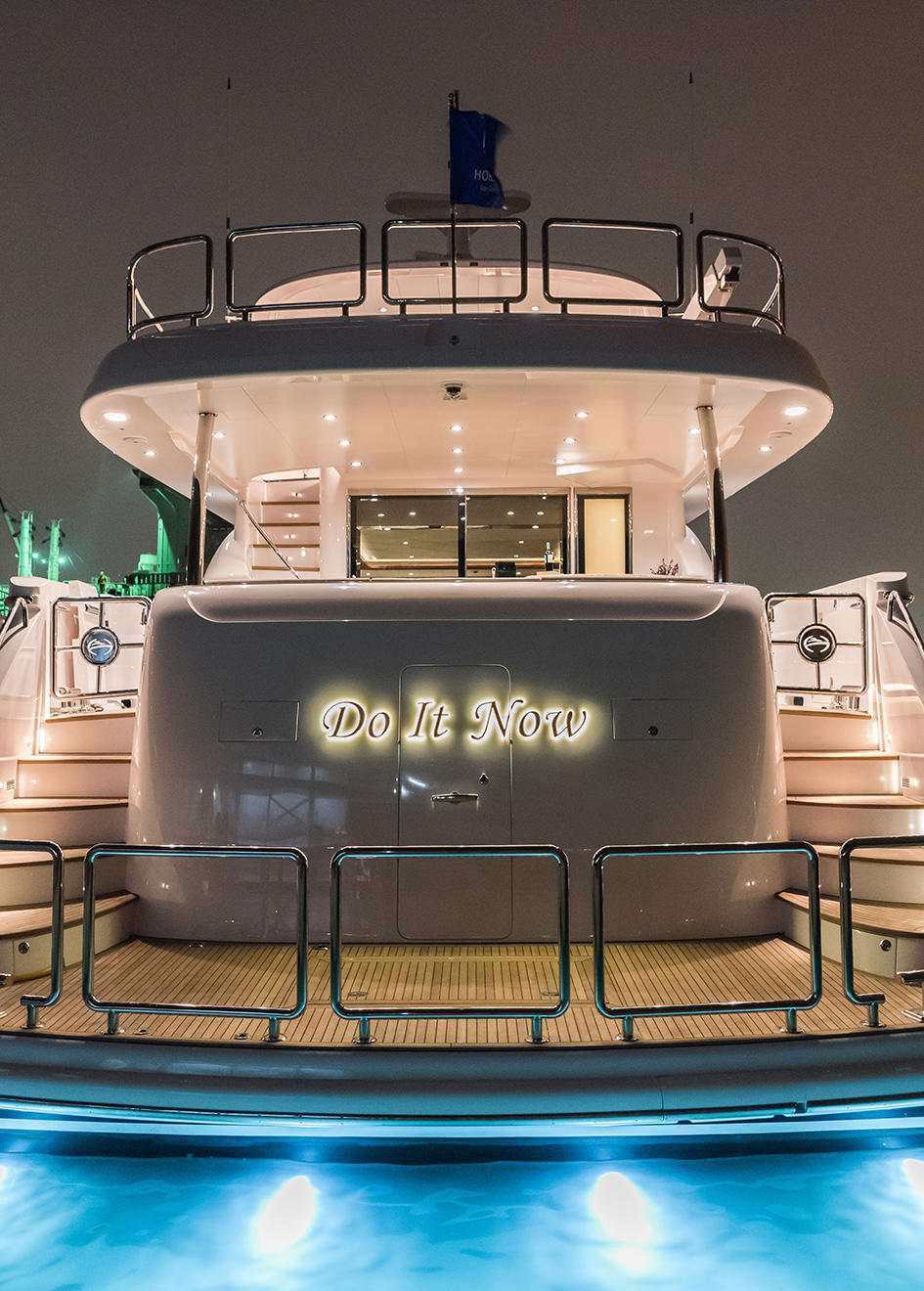 The Horizon Yachts said that the superyacht Do It Now will be tranported to the USA where she will make her public debut at the Palm Beach International Boat Show. This yacht that proves that bigger isn't always better. It features exterior styling and naval architecture by Swedish designer John Lindblom. The yacht has four en-suite guest cabins and key features include a foredeck seating area, upper deck barbecue and crew quarters for a staff of four. 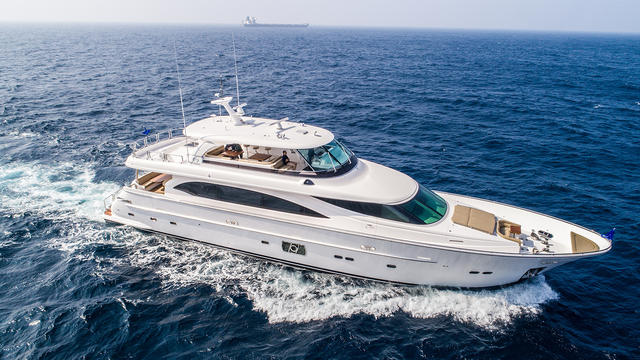 It was built to be one-of-a-kind and the owner of Do It Now has specified a convertible flybridge with a fixed front windshield and removable side panels.
Power comes from a pair of Caterpillar C32 engines for a total output of 3,800hp and a top speed of 22.5 knots. Total fuel capacity is more than 17,000 litres.

Other projects currently under development at the Taiwan-based yard include the 33.53 metre full-custom yacht Abaco.
After Palm Beach International Boat Show it will be delivered to her owner.