The first details of the Horizon FD102 have been revealed, as the Taiwan-based yard looks to expand its series of fast displacement yachts.

Measuring 31.69 metres, the FD102 follows on from the Horizon FD85 series, which was introduced earlier this year and has already spawned three hulls.

Designed in collaboration with Dutch studio Cor D Rover, the FD102 is currently in the final design and engineering stages.

Key features include a spacious sundeck with fold-out superyacht balconies on either side and a main deck owner’s suite stretching across the entire beam. Three more guest cabins can be found below decks, arranged as two doubles and two twins. 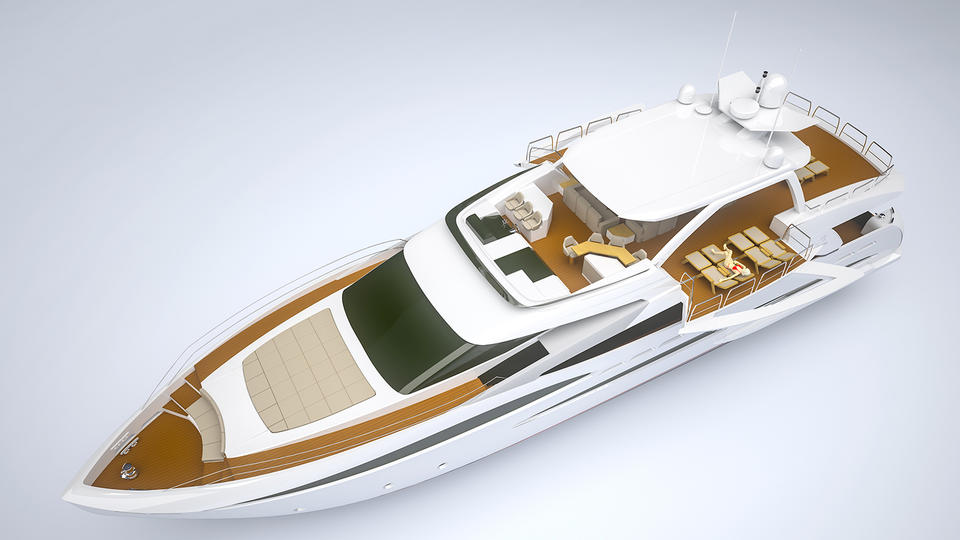 Upper deck tender storage is provided via a davit crane, leaving the transom clear for a superyacht beach club, which can be converted into a fifth guest cabin, while the bow end crew quarters allows for a staff of six.As with the Horizon FD85, the FD102 will also feature a bright main deck saloon with large windows and a formal dining area. Horizon Yachts adds that this area will feature many options for customisation.

Power comes from a pair of 1,900hp Caterpillar C32 ACERT engines, which should provide sporty performance out on the open water.

Other motor yacht series currently under development at Horizon Yachts include the FD74, which has also been designed by Cor D Rover.