American yard Viking Yachts has begun construction on the first hull in a new range of all-GRP motor yachts, called the Viking 93. 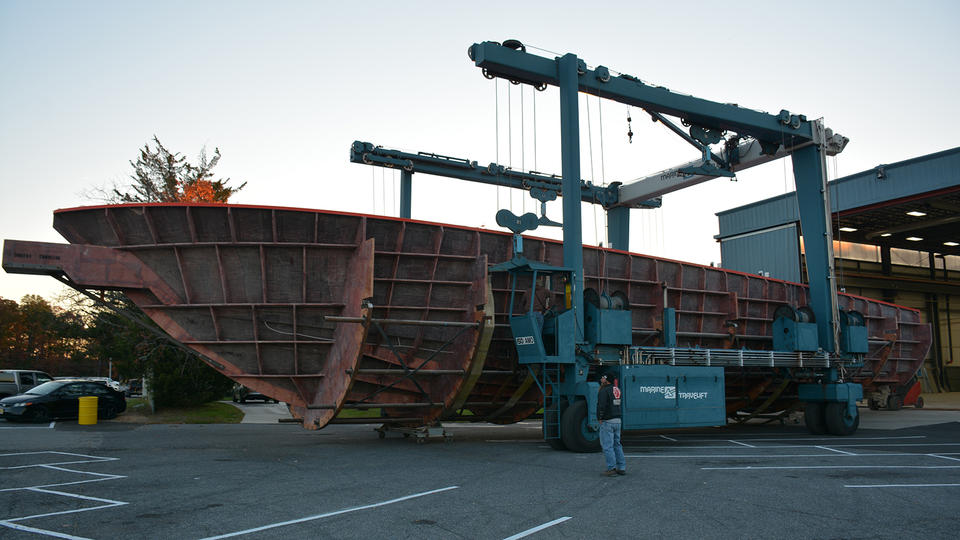 The hull mould for this 28.45 metre yacht is currently being sprayed with gel coat at the yard’s facility in Gretna, New Jersey, ahead of a planned launch in August 2017.

This in-house design features a fast planing hull and builds on the success of the yard’s existing Viking 75 and Viking 82 series. While the Viking 82 was based on an extended version of the Viking 75 hull, the Viking 93 is an entirely new project for the yard.

This tri-deck motor yacht features a beam of 7.38 metres and a maximum draft of 1.8 metres, while the enclosed skylounge provides a sheltered observation area. Further details are being kept under wraps for now, with the layout and accommodation still open to customisation, but the engine set-up has been confirmed. 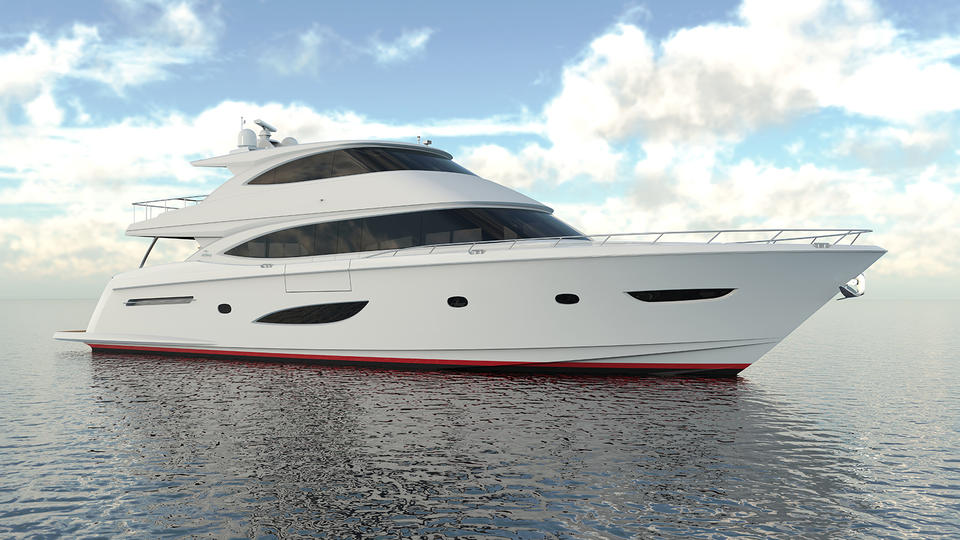 Power will come from a pair of 1,920hp MTU V12 2000 M96Ls, which Viking estimates will propel the 93 to a top speed of just under 27 knots and a cruising speed of around 24 knots. The American yard added that it plans to showcase the first Viking 93 motor yacht at the 2017 Fort Lauderdale International Boat Show.

Other superyacht projects currently under development at Viking Yachts include the 28.42 metre Double Barrel, which is nearing completion for a repeat client. The prolific yard plans to launch a grand total of 17 yachts measuring more than 24 metres LOA in 2017, including nine hulls in its popular 92 sportsfish series.