Kleven's 116 metre explorer yacht 370 has been pictured on sea trials off the coast of Norway. This five-deck yacht is expected to be delivered in 2017. 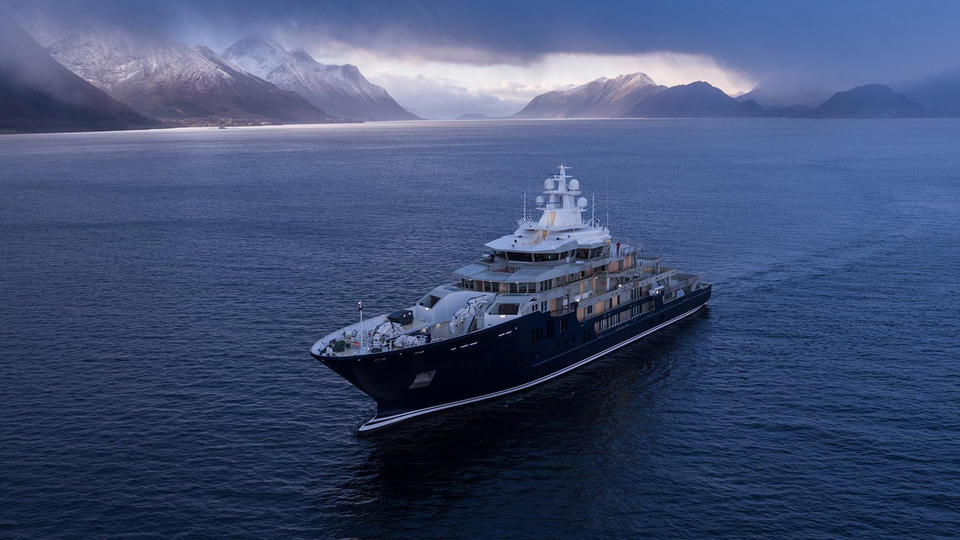 The yard specialises in offshore commercial vessels, but with the increasing demand for private explorer yachts, it has turned its expertise to the superyacht industry.
370 will be the yard's second superyacht, after the 107 metre Ulysses, which was delivered earlier this year.

The vessel is specially designed for long expeditions in potentially rough waters and Kleven has said it blends a robust, hard-working character with luxurious added extras. 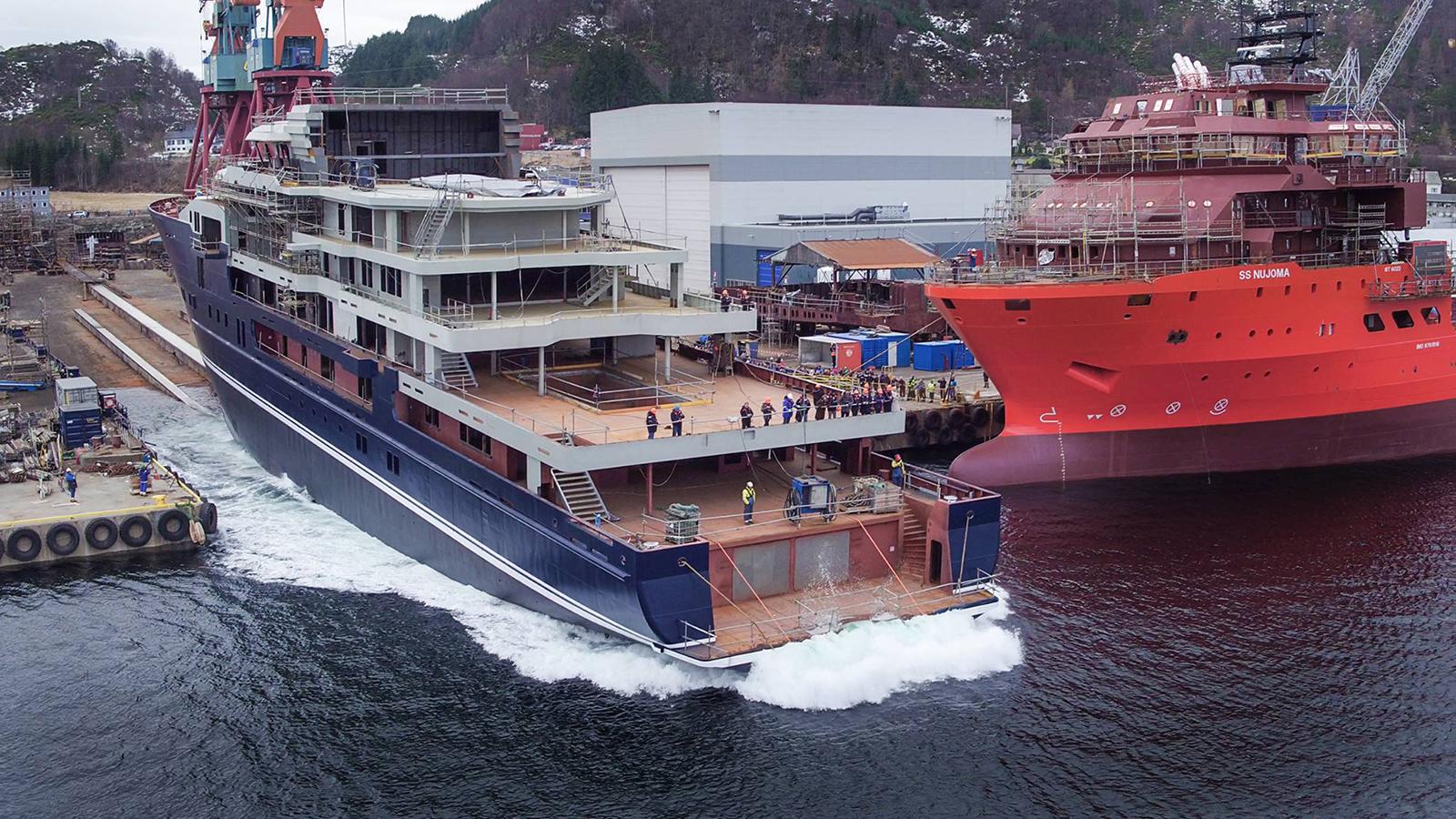 The huge 18 metre beam of the Kleven 370 will accommodate 66 people and will include input from a number of premium suppliers like Rolls-Royce, Hareid Group, Jets and Sperre.

“Drawing on our extensive experience in building complex offshore vessels, this new vessel type serves as a great example of how close cooperation within the Norwegian maritime cluster brings the industry forward and into new markets,” said Ståle Rasmussen, CEO of Kleven.

The owner has been closely in touch with Kleven throughout the process so far and has visited the yard a number of times. “I am very pleased with the quality of the work that has been done by Kleven, and how our organisations have worked together to bring this exciting project to life,” he said.

Other commercial yards that have branched out into the superyacht sphere recently include Vard, which is building the 81.7 metre Kilkea on spec, and Ulstein Verft, which recently signed a contract to build an 88.5 metre Espen Øino-designed explorer yacht.