The first MCP 92.5 raised pilothouse yacht is currently under construction ahead of a planned 2018 launch, the Brazilian yard has revealed. 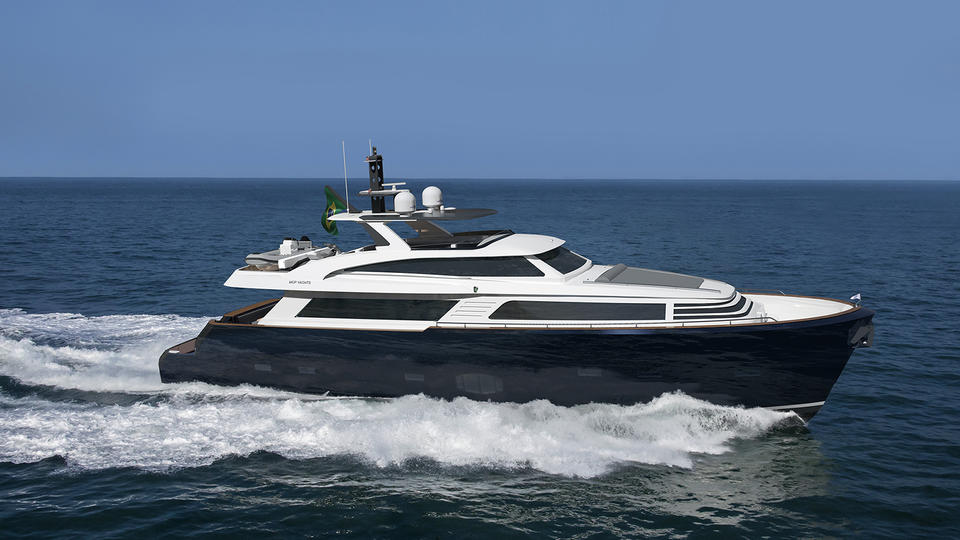 Designed in-house by the MCP Yachts team, the 92.5 RPH measures 28.64 metres LOA and features a semi-displacement aluminium hull and an aluminium superstructure.

In a statement, the yard said: “Elegant and at the same time contemporary lines, make its profile essentially timeless. Its features, while unique, are designed to satisfy all kind of tastes.

”Interior accommodation on the first MCP 92.5 is for up to 14 guests split across six cabins, including a main-deck master suite, two doubles and three twin cabins, as well as a pair of pullman berths. The yard adds that it will be offering a four-cabin and a five-cabin alternative as part of the series. The crew quarters allow for a staff of up to four people and features separate access on the portside of the engine room.

No further interior details have been revealed yet, but as these renderings show, the expansive superyacht sundeck features a hardtop bimini and aft tender storage space. 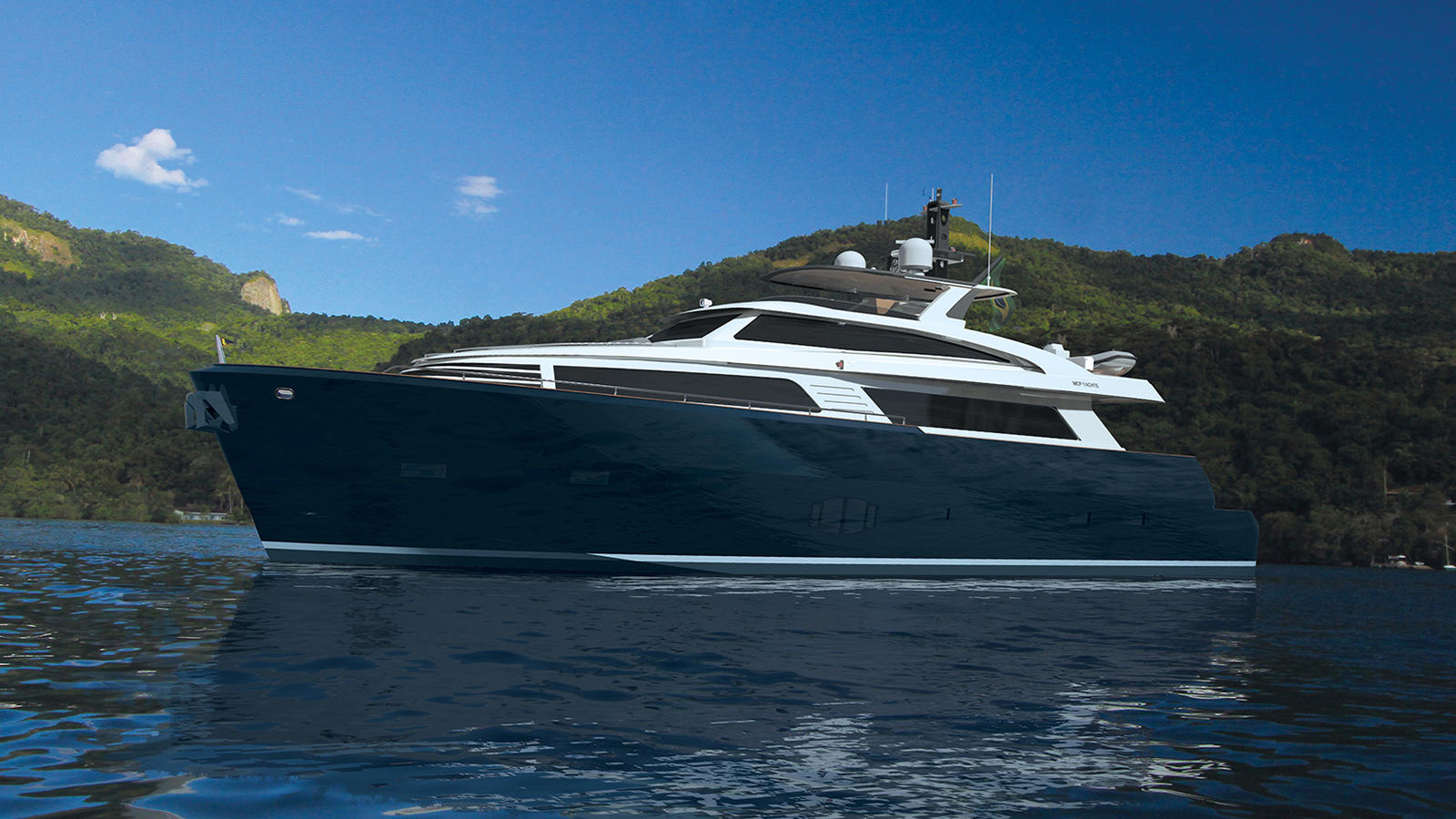 MCP Yachts can fit the 92.5 with a range of engine installations from 2,030hp to 3,650hp, however the owner of the first hull has specified twin 1,400hp Caterpillar diesel engines, which are predicted to deliver a top speed of 21 knots. When cruising at 10 knots, the first MCP 92.5 will boast a maximum cruising range of 3,000 nautical miles, thanks to its total fuel capacity of 15,000 litres.

Other superyacht projects currently under development at the Brazilian yard include the 43.28 metre MCP 140 Hemisphere and the 30.5 metre Silver Bullet 100, both of which are due to hit the water next year.