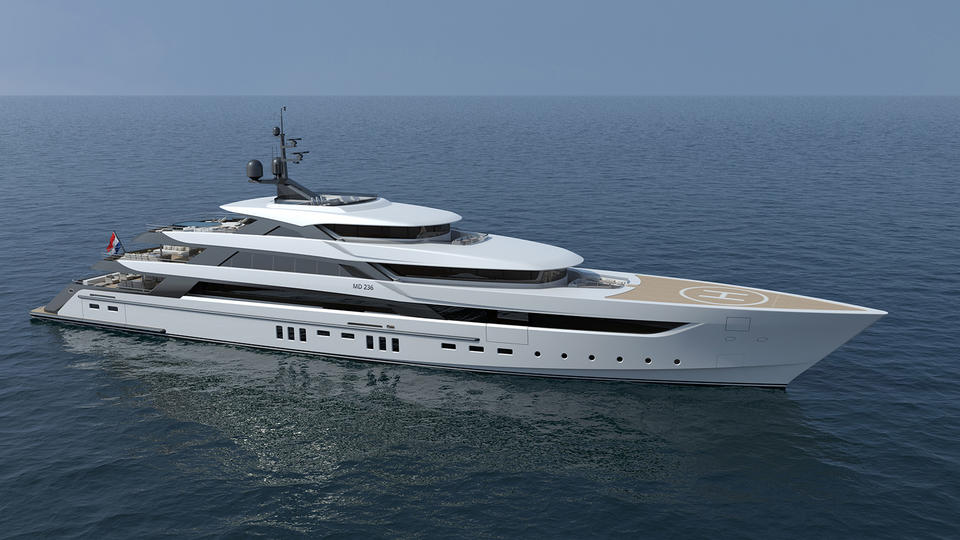 This well-balanced and carefully proportioned design features elegant exterior lines and a sleek hull form.Looking beyond the aesthetics, Mulder Design’s team focussed on the potential for exterior entertainment, with key social areas including a superyacht beach club, which doubles up as a tender garage. Further stowage for Waverunners and other superyacht water toys is provided in a foredeck locker.

MD236 also features a touch-and-go helicopter deck on the bow, which allows guests to board even in some of the most remote and inhospitable locations.
The layout includes an upper-deck owner’s suite, which boasts its owner private office and panoramic views out to sea, while the main deck features two VIP suites, each with its own superyacht balcony.

Three further double cabins on the lower deck take the total guest accommodation to 12, while the crew quarters allow for a staff of up to 22 people. Communal areas include the main-deck saloon with its separate dining area, and the superyacht gym and spa, which is situated at the heart of the yacht. 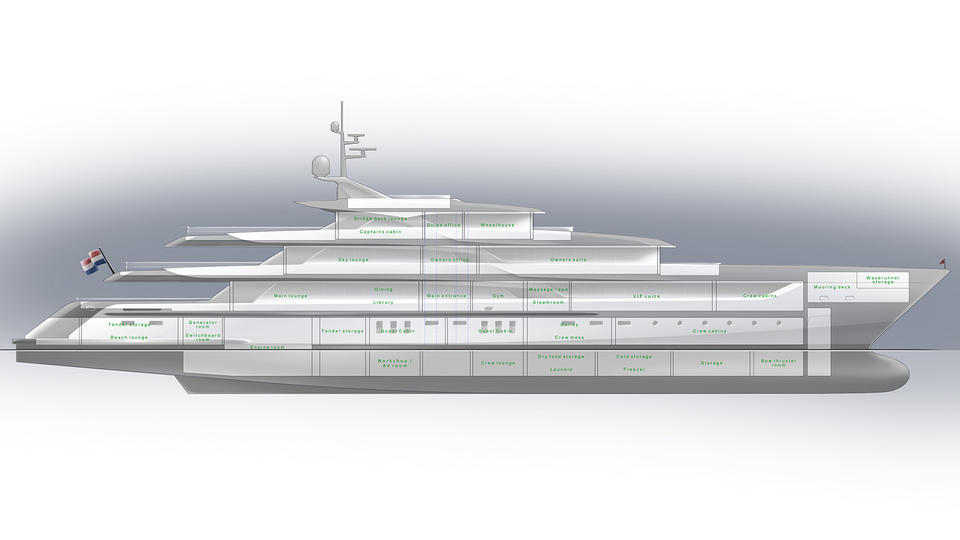 The Dutch design studio adds that this hull can be configured in a choice of two modes: either as a traditional displacement yacht or a high-speed cruising version. No engine details have been disclosed and the build yard and interior designers are yet to be decided upon.

Other naval architecture projects currently under development at Mulder Design include the 68 metre Benetti superyacht FB 269, which is due to launch in 2018.