The 120 metre Lürssen superyacht Project Jupiter has been pictured on the water for the first time after the hull was floated in Bremen at November 27. 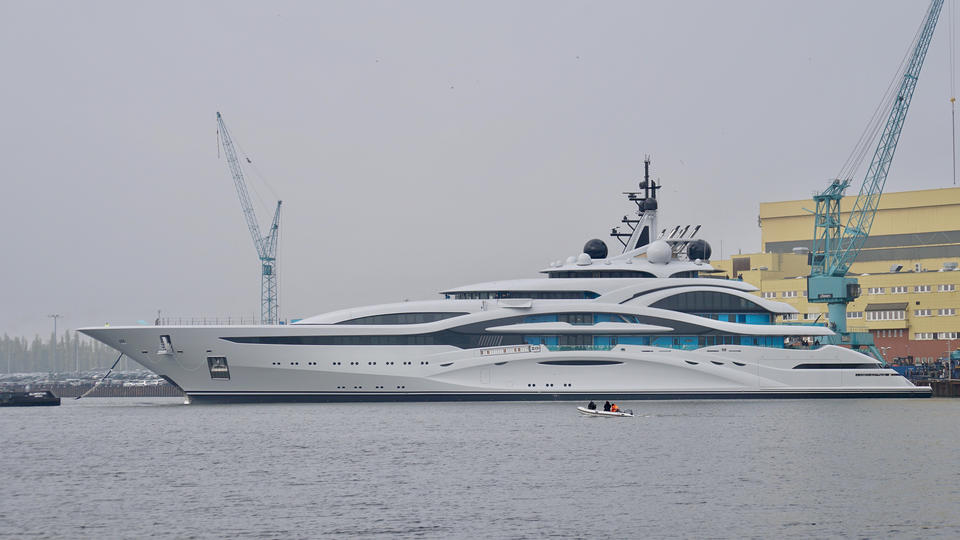 Very little is known about Jupiter’s interior layout or engine set-up, but it is understood that the project was built to Lloyd’s Registry standards with a full-displacement steel hull that supports an aluminium superstructure and teak decks. When delivered next year, Project Jupiter will officially rank among the world’s largest superyachts.

Lürssen is no stranger to the upper echelons of yacht building, with eight of the world’s largest superyacht projects currently under construction at the German yard. These include an unnamed 146 metre superyacht and the 139 metre Project Redwood, which is due to launch in 2019.

This is H2’s first design for Lürssen and the studio’s third superyacht design over 100 metres in the past three years. Previous H2 projects on this scale include Kleven explorer yacht Ulysses and the 125 metre Maryah. The studio’s creative director Jonny Horsfield recently revealed his top 5 rules for superyacht design.

"We wanted to question the whole idea that a hull could not be styled or touched as it was a functional item and that we could cut into it in an outrageous manner," Horsfield explained. "The whole point of these designs with central balconies is to open up the centre of the yacht to avoid that long dead corridor effect.

"The news of Project Jupiter’s launch comes just a few weeks after it was announced that Lürssen plans to acquire fellow German superyacht yard Blohm+Voss. The deal is subject to approval by the German competition commission and would create one giant super-yard with nine construction and refit facilities spread across the Continent.