Why this Baltic 115 launch, the latest in a growing fleet of cruiser-racers, is one to watch


This is the second project of very similar length to launch by this exact same team (Judel Vrolijk, Nauta Yachts and Baltic Yachts) this summer. But the Baltic 115 is an altogether different concept. Where Doryan is designed as a bluewater cruiser, this 115 is designed to be able to race in an increasingly competitive superyacht fleet of cruiser racers between 100–130ft. 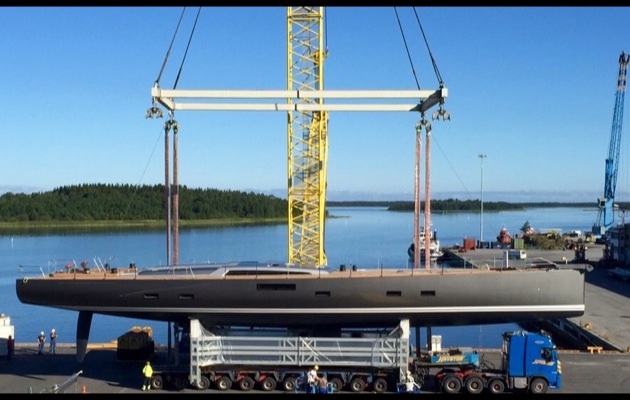 Since the 2010 launch of Filip Balcaen’s Baltic-built 34m/112ft sloop Nilaya, we have seen a surge in composite cruiser-racers of similar size, including the 33m/108ft Inoui and WinWin. “This 100–130ft (30-40m) size is becoming more and more popular for dual-purpose boats,” says co-designer of the Baltic 115 Nauta’s Mario Pedol. “And there will be seven or eight new yachts coming in the next two years.”These include two from Vitters, two from Baltic, three from Swan and two from Southern Wind. Factor in the Wallys of this dimension, too, and you can see that this is becoming a highly competitive size range. 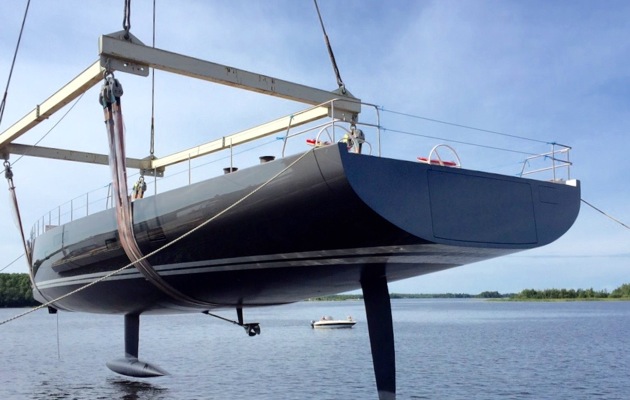 This Baltic 115 (35m) is the latest to join the burgeoning fleet. She uses exactly same team as Doryan (above), ie Judel/Vrolijk and Nauta for the design, Baltic Yachts for construction and the management is by MCM. And she is primed for regatta racing.“Rolf [Vrolijk] developed a full CFD program to create the best possible shape,” Nauta’s Pedol explains. “This has since been built by Baltic in prepreg carbon sandwich and given a powerful sailplan plus race-oriented hardware, including hydraulic jib sheeting and in-haulers.”Her 5.85m/19ft 2in deep keel, which can lift over two metres, should also provide good stability.As with Nilaya, this 115 contains surprisingly comfortable and generous accommodation, including a chill-out saloon and bar area, plus four guest cabins and an owner’s suite. The finish is a combination of oak veneer and light-coloured linen panels.