All to play for, but Sir Robin hasn't been getting much rest 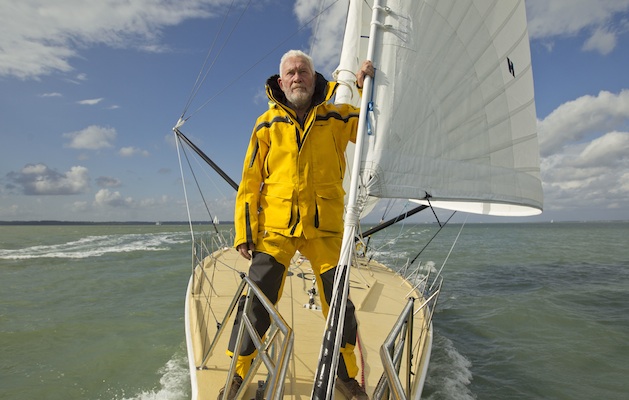 Sir Robin Knox-Johnston is lying 5th in the 14-strong Rhum class of the solo transatlantic race in his Open 60, Grey Power. He reports on the race and reflects on the increasing physical demands in solo sailing:‘Last night, for a while, it was more like the Doldrums, perfect for a cruise across the Atlantic, but frustrating for racing. I slept in the cockpit last night so I could see the Windex, which indicates where the wind is coming from at the masthead, and adjust course as the wind shuffled around.‘Eventually I reached a satisfactory setting and the next thing I knew three hours had passed. That is the longest single sleep I have had since the start and it felt wonderful.‘It looks as if the Azores High is splitting, and certainly its southern extremity has moved south. Those who got south earlier have benefited, those of us who were trying to get south but had not got far enough, are suffering.‘To avoid going closer into the High I gybed yesterday evening and have been on a direct south course since, so I can get to stronger winds south of the high. This, inevitably effects my position in class, but there are 5 of us within 50 miles of each other on distance to the finish, so plenty for us all to go for.‘Gybing, in fact tacking or a sail change make me appreciate just how big everything is on these boats. It’s nothing compared to the Ultime class of course, the big multihulls that are now all finished. How those guys cope is a miracle and a testament to their ability, and frankly, their courage.‘But the trouble with the larger boats is not that you cannot do all the jobs, it’s just you cannot do them as effectively. When I did this race in 1982 on my 70ft catamaran Olympus 5, I could gybe the boat, including gennaker, in seven minutes. Now that process takes 20 minutes on this boat.‘Maybe I should get a smaller boat for future races?