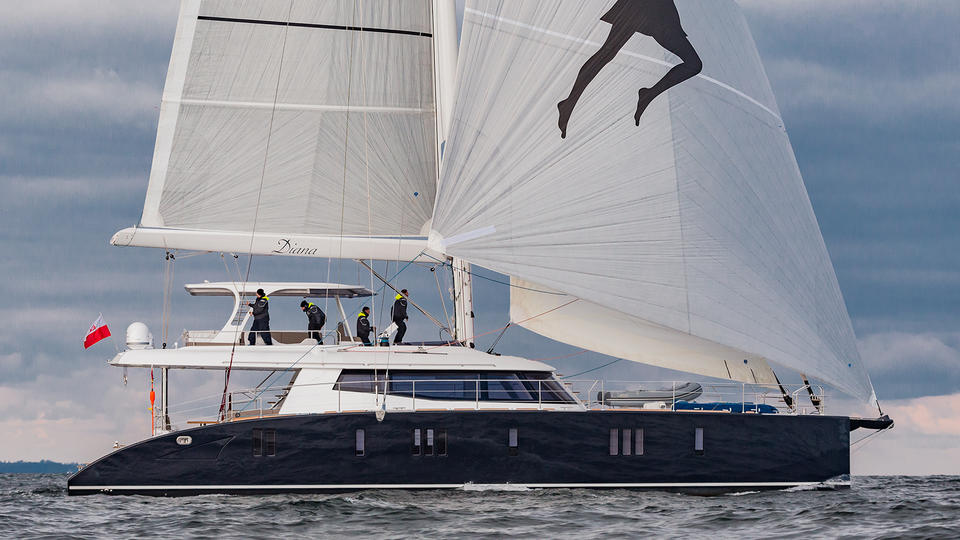 Hull number six in the Sunreef 74 series, Diana hit the water in Gdansk last month and was handed over to her skipper Ian McIntosh on November 21. She will now head to the Mediterranean to meet up with her owner.

Accommodation on board Diana is for ten guests split between four double cabins and two single berths, while the crew quarters allow for a staff of up to three people.

Her rigging includes a carbon mast and an in-boom furling system, while her sails include a large overlapping genoa for upwind optimised performance, a code 0 for reaching and a furling spinnaker for downwind performance. Twin 240hp engines provide auxiliary power and her shallow draft of just 1.9 metres allows Diana to access remote anchorages with ease. 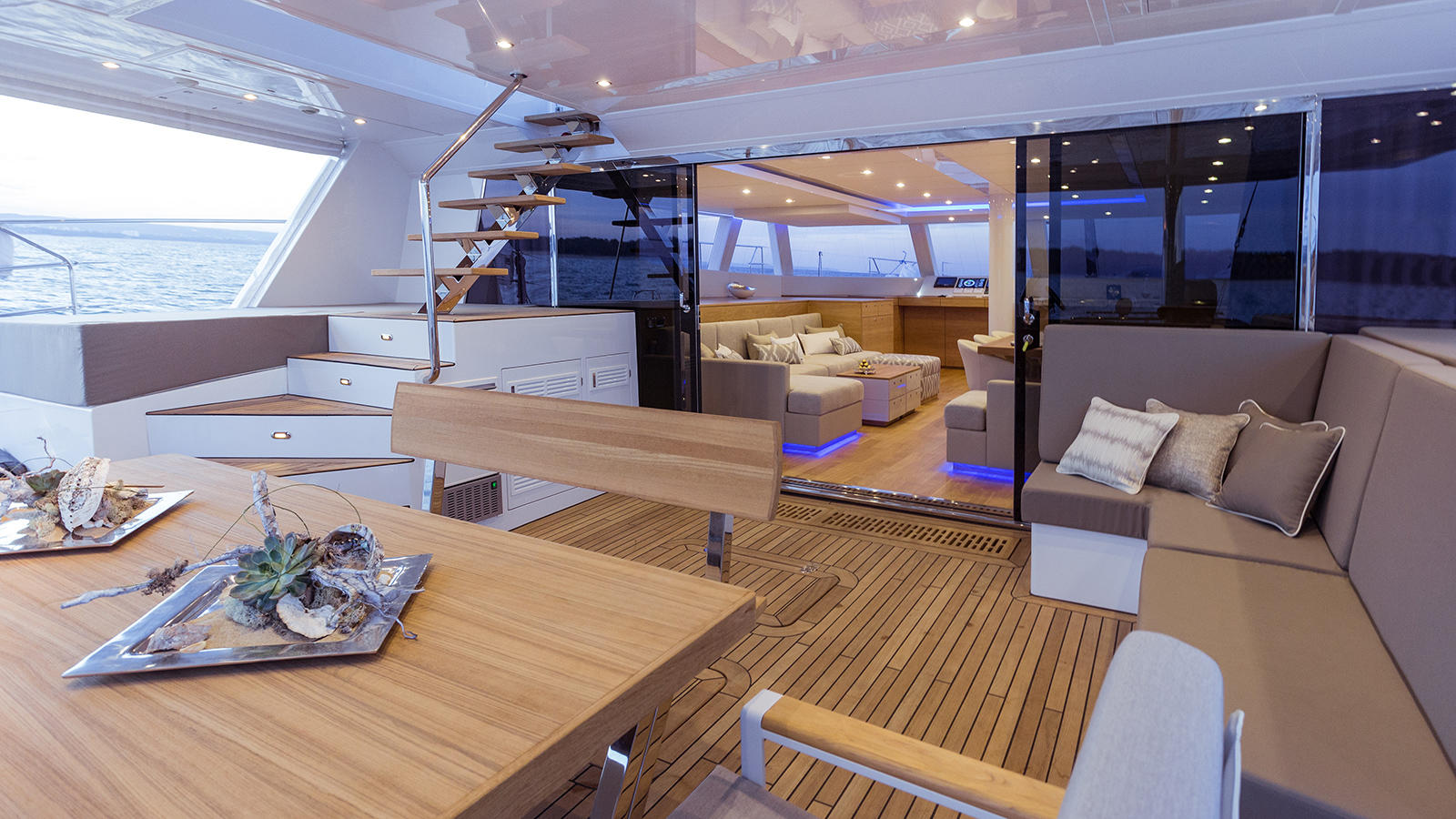 Following her sea trials, Adrien Jousset naval architect at Sunreef Yachts, said: “We had the chance to test the boat in a wide range of wind and sea conditions. Diana is a fantastic worldwide cruiser and can withstand any kind of weather and sea state.”

Sunreef Yachts adds that the owner plans to embark upon a leisurely worldwide cruise on board Diana in 2017, starting in the Mediterranean before taking in the Caribbean and Pacific.

Other projects under development at the Polish yard include the first Sunreef 88, which is currently under construction ahead of a planned 2017 launch.