The 44.2 metre Crescent 145 superyacht has been launched in Canada and will now undergo her pre-delivery sea trials. 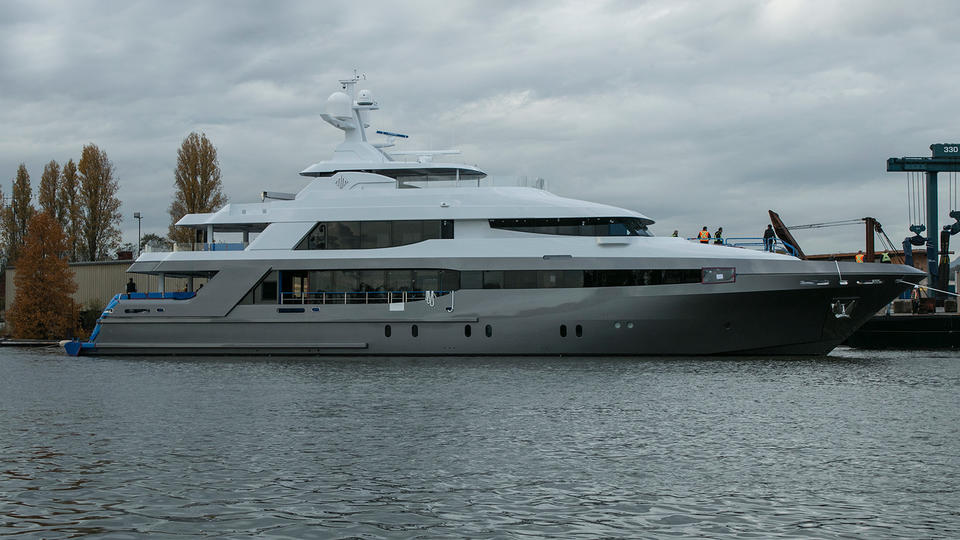 Upon handover, she will become the flagship of the Crescent Custom Yachts range.Styled inside and out by Seattle-based designer Jonathan Quinn Barnettand featuring naval architecture by Jack Sarin, this tri-deck yacht was built to Lloyd’s classification with a semi-displacement GRP hull and composite superstructure.

Key features include a main deck owner’s suite and four further cabins, giving accommodation for ten guests in total. The Crescent 145 is designed to be crewed by a staff of up to nine, while the engines are twin MTU 16V4000 units that produce a total output of 5,470hp.

Pictured below alongside the 1994 launch Life of Riley, the Crescent 145 is the first yacht to emerge from the yard in many years.
The early 2000s wreaked havoc on the once-thriving Canadian yacht building industry and Crescent wasn’t immune to the trouble.Owner Jack Charles sold his company in 2005 to a group of investors who moved yacht building operations from Richmond, Canada, to Queenship (which they also purchased and is now closed). 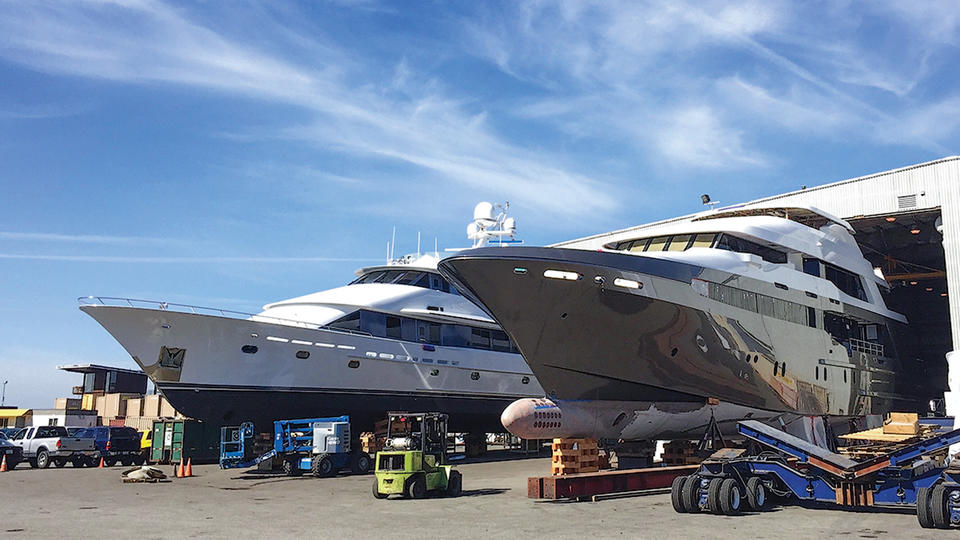 Jack’s grandson, Tim Charles, meanwhile, had taken over the former Crescent yard in Richmond and started Platinum Marine, where he provided services from hull lamination to complete systems installations and refits. While the refit business thrived, Crescent Custom Yachts did not fare so well under its new ownership and ceased operations in 2012.

The Crescent 145 hull was sold by Fraser Yachts in July 2014, and construction on the stalled projects resumed in October 2015 after Tim Charles bought back the Crescent name.