Beautiful Princess S60 to be launched next year


The Princess S60 will make its debut at the London Boat Show in January. 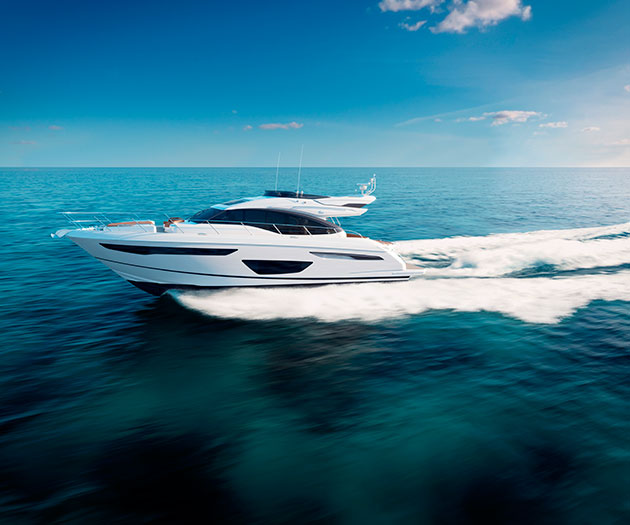 The Princess S60 will be the third model in Princess’s sportsbridge range when it is launched at the London Boat Show in January next year.

Combining the sleek looks of a sportscruiser with the double deck delights of a flybridge, the S60 will be the smallest boat in the ‘S’ range, alongside the S65 and flagship S72.Sporty it will most certainly be, thanks to a pair of MAN V8 1,200hp diesels the top speed is a claimed 38 knots.
The internal layout is similar to that of the S65, though the 60 has three cabins as opposed the 65’s four. It retains a full-beam master ensuite, though, with a flat floor around a centrally located double bed.

The other two cabins include a double VIP ensuite in the bows, with a twin guest to starboard that shares a bathroom with the VIP.
There is also the option to have a cosy crew cabin aft.
The saloon has an aft galley layout with a top-hinged door to help open the area to the cockpit. One key benefit of the sportsbridge layout is the inclusion of a sunroof over the helm thanks to the shorter flybridge.

Though the top deck is smaller than that of a more traditional flybridge boat there is still a spacious seating area aft, wet-bar, sunpad and twin helm.

Sunpads are something that the S60 is not short of, because as well as the one up top there are also dedicated sunbathing areas atop the tender garage and as part of the foredeck seating area.